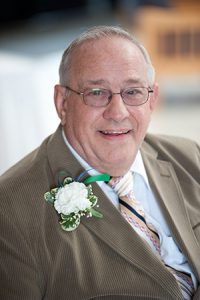 SUNY Canton has named its Veterans Lounge for a 1962 graduate and U.S. Air Force veteran.

College President Zvi Szafran announced that the space would be named after Raymond G. Modell of Syracuse in a small ceremony held Thursday, Oct. 5, in Cook Hall. Modell made a significant gift to name the lounge and enhance the college’s efforts to provide a welcoming and supportive environment for veterans.

“We chose to name the lounge after Mr. Modell in recognition of his generous support and dedication to helping others,” Szafran said. “He embodies our mission and is an inspiration to future students.”

Modell was the first of his family to attend and graduate from college. He enrolled at SUNY Canton in 1960 on the GI Bill after receiving an honorable discharge from the Air Force. After college, he had successful careers with General Electric and Niagara Mohawk.

“I think this lounge is a great resource for student veterans,” Modell said after unveiling a plaque outside of the space. “I know first-hand the problems of coming back to college after being away for a while. This lounge would have been a great benefit to me, and I’m sure it will be to future servicemen and women.”

Modell has made gifts to the Canton College Foundation every year since 1982. In 2000, he established the Modell Family Endowed Scholarship, which is awarded annually to a student in the Electrical Engineering Technology program. He is a member of the Payson-Martin Society and has included a gift to the college in his estate. Modell was inducted in the college-wide Hall of Fame in 2012. 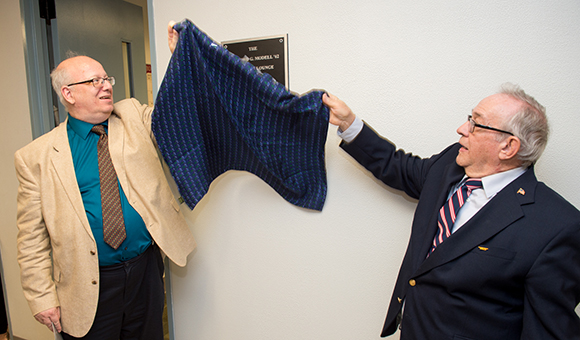 “There isn’t a better person to recognize with the naming of the Veterans Lounge than Mr. Modell,” said Vice President for Advancement Anne M. Sibley. “With this dedication, we honor the contributions and sacrifices made by our alumnus and friend.”