SUNY Canton has exceeded its goal to carry out 50 acts of kindness in commemoration of the college’s “50 Years on the Hill” celebration.

Students, faculty and staff completed more than 1,600 volunteer hours throughout the past eight months on more than 50 projects, which ranged from fundraising to community service. 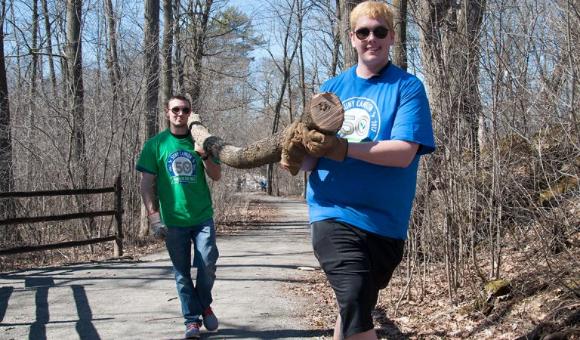 “It’s incredible that nearly every person on campus contributed to reaching this goal,” said President Zvi Szafran. “This endeavor represents our commitment to citizenship, which is at the heart of our Campus Creed, and, more importantly, strengthens our bond with those who share this community with us.” 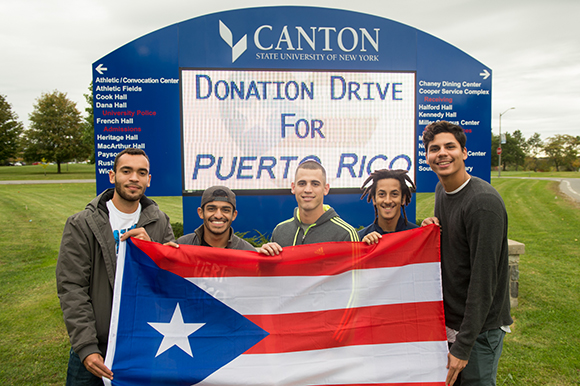 Notable projects included a student-led effort last fall to collect supplies for Puerto Rico in the wake of Hurricane Maria. The drive was in support of New York Gov. Andrew M. Cuomo’s Empire State Relief and Recovery Effort, and the governor’s office said SUNY Canton’s donation was one of the largest they had received thus far. 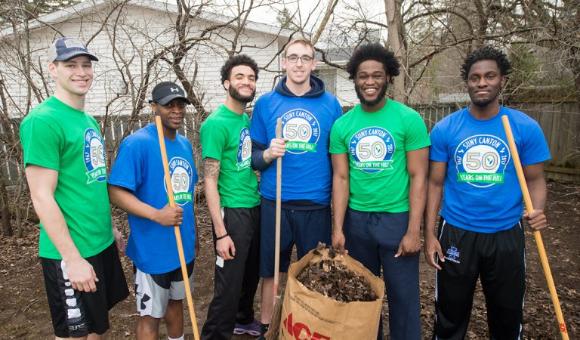 “Congratulations to the entire SUNY Canton community on reaching the ‘50 Acts of Kindness’ goal in honor of a historic milestone,” said Johnson. “SUNY campuses are known as hubs for knowledge and economic development in their communities, but they are also forces for positive community action and service. Your effort is a perfect example of SUNY Generosity at work. It’s remarkable that through this project, your collective impact was felt as close as Canton and as far away as Puerto Rico. Thank you for being a positive force in your community and outstanding ambassadors for SUNY.” 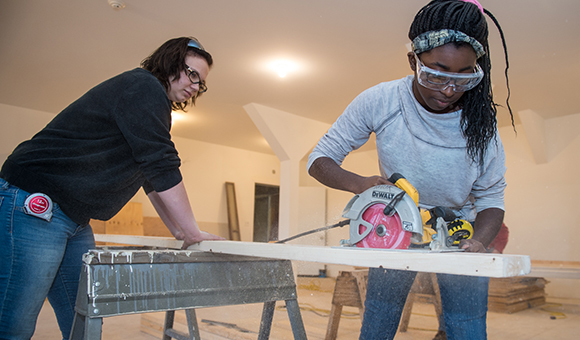 Students made an impact locally through a number of volunteer efforts, including sewing blankets for patients in area hospitals, raising funds for area animal shelters, renovating the North Country Children’s Museum in Potsdam and helping elderly residents with lawn maintenance in Canton. One of the culminating projects was a clean-up day at Grasse River Heritage Park in Canton.

“Our sincere thanks to students, faculty and staff who volunteered their time to repair our walking trails and boardwalk for the upcoming season,” said Grasse River Heritage Area Development Corporation’s Board of Directors Vice President Peter Wyckoff. “This was definitely the largest group we’ve hosted at a Grasse River Heritage work session in many years, if not for the life of the park.”