The college has partnered with Extreme Networks and Alienware to outfit a competitive gaming space.

SUNY Canton has opened the first collegiate esports arena in the State University of New York system. It is one of the largest dedicated gaming installations in the Northeast.

The 1,800 square-foot gaming room went online with the start of classes as the home for the college’s growing esports program. There will be a grand opening for the “eSports Arena” featuring competitive gameplay in October. 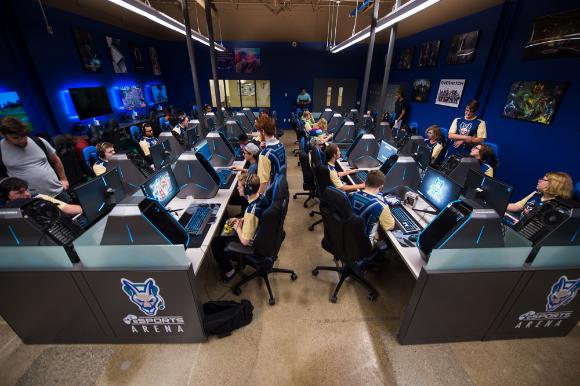 “Our arena is modeled after a professional gaming environment,” said SUNY Canton President Zvi Szafran. “The atmosphere and technology provide an overall immersive experience. It will give our students a competitive edge as they face off against rival college teams.”

“This space is one of a kind in SUNY,” said Kyle Brown, assistant vice president of information technology. “We’ve partnered with industry leader Extreme Networks to provide high-speed networking for the room and Alienware to equip the space with high-end Area 51 computers.” 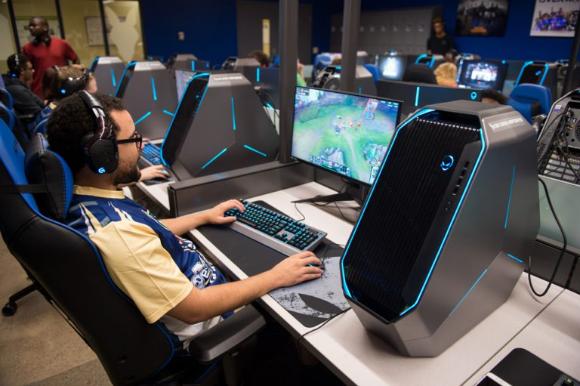 “Every millisecond counts during an esports game, and a robust network is a prerequisite when it comes to preventing potential performance issues, such as connectivity glitches or slow Internet connection,” said Bob Nilsson, director of vertical solutions at Extreme Networks. “By deploying our high-density, low-latency network solutions that are used by professional sports venues across the nation, SUNY Canton can ensure a seamless, stable connection whether practicing or in the heat of competition.”

With 25 high-end gaming rigs, SUNY Canton now has the largest installation of Alienware machines in New York state, according to company representatives. 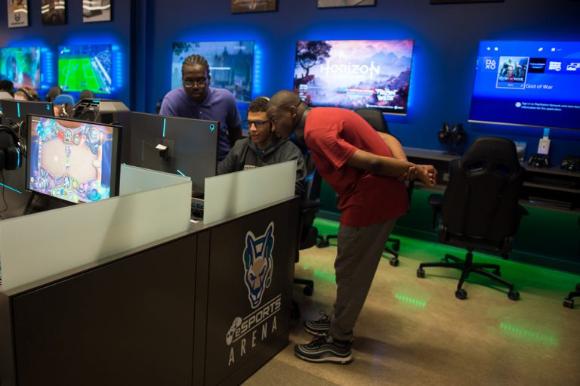 Each station is equipped with ergonomic gaming chairs, multicolored LED backlit mechanical keyboards and mice. The room itself has been retooled with indirect lighting, lockers for the students and a team meeting space that will double as a streaming station for live broadcasts. In addition to the high-end gaming computers, the college added stations with both Sony PS4 Pro and Microsoft Xbox One X consoles to add future gameplay options.

The room was funded through the SUNY Canton Provost’s Office to facilitate further growth in the programs closely related to esports. In addition to Game Design and Development, the college offers Cybersecurity, Graphic and Multimedia Design and Technological Communications. 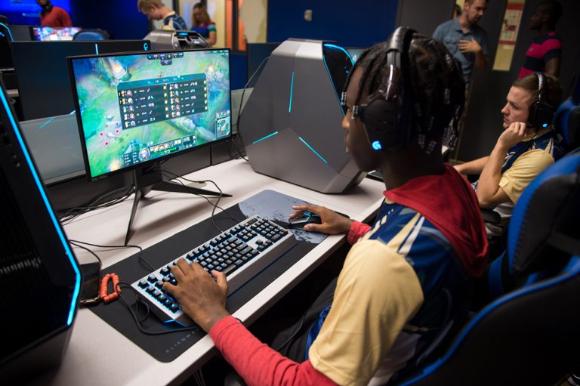 “Academically speaking, the addition of esports enriches the student experience,” said Douglas M. Scheidt, provost and vice president for academic affairs. “It also adds more opportunities for our online students, who account for more than 25 percent of our overall population.” 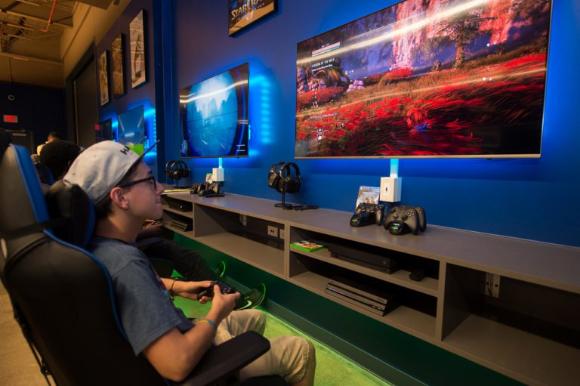 “The new Roos eSports Arena is one of the top college competition spaces in the nation,” said Randy B. Sieminski, director of athletics. “By adding this space, SUNY Canton has shown its strong commitment toward our esports future. As a result, we will continue to see an increase in student recruitment, engagement and retention, mirroring our traditional athletic offerings.”

The college recently added both FIFA and Fortnite to its fall lineup. Other teams include Overwatch, League of Legends and Hearthstone.