The fledgling team played well during their first matchup of Riot Games’ Collegiate League of Legends Eastern Conference Competition but were unable to upset the higher-ranked SNHU. 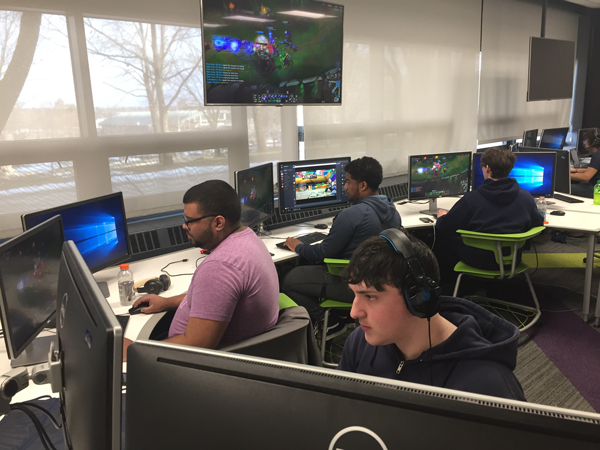 SUNY Canton made an exciting push on the middle lane, only to have SNHU outflank its champions to earn victory.

“We worked hard, analyzed the other team and had a strong plan going into the match,” said Roos eSports Co-captain Joe M. Canton of the Bronx. “We picked our bans wisely, but SNHU had more experience playing as a team, which translated into a solid victory.”

The Roos tried a different strategy and were upset again by the platinum- and diamond-level SNHU team during the second round of play.

“I’m proud of how these athletes came together in such a short amount of time,” said SUNY Canton eSports Coach Robert J. Snow. “The match was exciting to watch, and I can’t wait to see how they play next week.”

After the competition, the teammates started to work on a plan for their next match. SUNY Canton will compete again at 3 p.m. Saturday, Feb. 3, against the Keuka College Wolves.

The eSports program was formed in December 2017 to complement several academic offerings at the college. SUNY Canton is a member of the National Association of Collegiate Esports (NACE). The college’s Hearthstone team will play its first NACE match on Feb. 19.