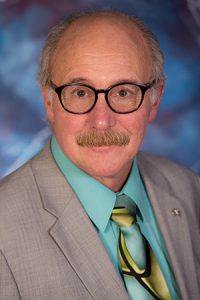 “I’m pleased that the 2018 Honors Convocation will be named for Professor Emeritus William J. Fassinger, Ph.D.,” Scheidt said. “Dr. Fassinger will be the guest of honor as we celebrate our best and brightest students, and their academic achievements, for the past year.”

Honors convocation will be held at 4:15 p.m. Wednesday, April 25, in the Roos House Convocation, Athletic and Recreation Center. 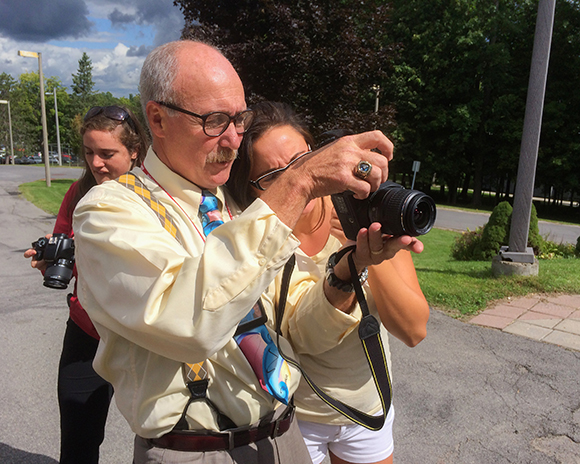 “Thank you for giving me the humbling opportunity to share a day with the SUNY Canton students who have reached the pinnacle of their educational journey,” Fassinger said. “It is evident that our honor students have sacrificed much in order to achieve greatness. As they pass through the portals of life, they will continue to be great achievers in all that they set forth to accomplish.”

Fassinger was the primary advisor to the Criminal Justice Student Association and helped orchestrate the Save a K9 project, which provided bulletproof vests for eight area police dogs. Students held fundraisers to purchase the body armor, which is designed specifically for each animal and costs upwards of $1,000. Many area departments would not have been able to purchase this equipment without help from SUNY Canton.

As the inaugural faculty liaison for the Veterans Association at SUNY Canton, he devoted numerous hours to help establish the College’s award-wining program. He both helped student veterans start their education and helped them succeed during their academic career. SUNY Canton has been frequently recognized as a military- and veteran-friendly institution. 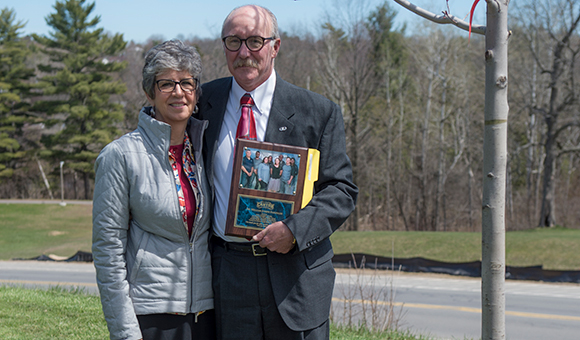 “We've all heard that actions speak louder than words,” said Professor Charles R. Fenner, Ph.D., one of the faculty members who nominated Fassinger for the award. “When it comes to Dr. Fassinger's love of people, his actions speak volumes.”

Will and his wife, JoAnne, were the lead faculty and staff representatives for the Habitat for Humanity student club. Since his retirement, he continues to work with the local Habitat Chapter and is leading the renovation of a local home with SUNY Canton Professor Emeritus Brian Washburn.

Additionally, he was a College Association board member and served as the board President in 2014 to 2015. He received the college’s Northstar award in 2008, two awards from the Phi Theta Kappa Honor Society, and a Dean of Students Specialty Award in 2014. He also helped organize the annual 9/11 Commemorative Ceremony for six years.