A dedication ceremony was held March 1 to celebrate the naming of SUNY Canton’s School of Nursing for the late Margaret D. Sovie, Ph.D., a pioneer in health care.

The naming was in recognition of a generous gift from Margaret’s husband, Alfred L. Sovie, in honor of her accomplished career. Alfred, a 1958 SUNY Canton graduate, passed away in 2016 and wished to keep his wife’s legacy alive in the North Country. 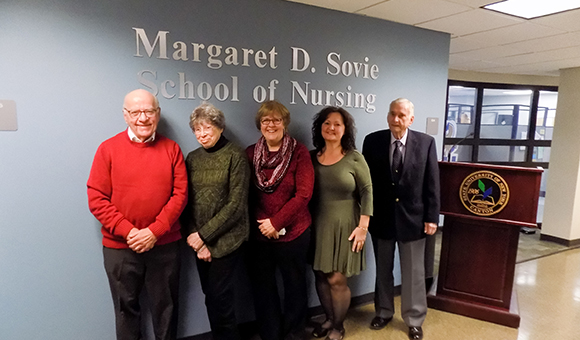 Friends and family celebrated the Margaret D. Sovie School of Nursing naming at SUNY Canton. Pictured from left to right are Margaret’s brother and sister-in-law William and Carol Doe, and Sovie family friends Mary and Deborah Polniak and William Barr.

“Al Sovie gave us an incredible gift—with this naming, he reminds us all to remember those who paved the way before us,” said SUNY Canton President Zvi Szafran at the ceremony. “Margaret Sovie was a leader and innovator in the field of nursing.”

The Sovies were originally from Ogdensburg and married in 1954. Alfred graduated from the George Hall Trade School in Ogdensburg and continued his education at SUNY Canton and Syracuse University in civil engineering. Margaret graduated from the St. Lawrence State Hospital School of Nursing and earned her bachelor’s, master’s, and doctoral degrees from Syracuse University.

Margaret’s professional career in nursing administration consisted of positions as chief nursing officer at the University of Rochester’s Strong Memorial Hospital and the Hospital of the University of Pennsylvania. She is perhaps most remembered for her landmark study for the 1983 American Academy of Nursing’s Task Force on Nursing Practice in Hospitals. She and her colleagues identified the characteristics of facilities that attracted and retained the best and brightest nurses, as well as established the framework for a program of nursing excellence. From this study evolved the Magnet Recognition Program, which is considered the highest recognition for nursing excellence and is used by the American Nurses Credentialing Center today. 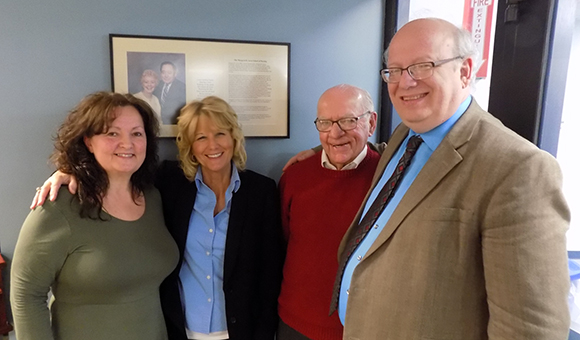 A pioneer in combining the values of higher education, research and publication with nursing practice, she received national recognition for her study of the interrelationship of nursing acuity, diagnosis related groups, and the economic delivery of health care.

“As an internationally recognized scholar, researcher, educator and author, Margaret’s studies have impacted clinical and practical nursing protocol throughout the United States and other countries,” Szafran said. “She was known for her fearlessness, outspoken manner and strong commitment to mentoring and patient care services.” 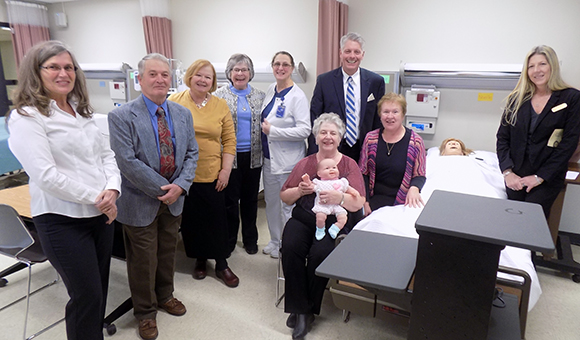 He also established the Margaret D. Sovie Endowed Scholarship at SUNY Canton, which provides awards annually to three students studying nursing or health care. More than 400 students are currently enrolled in the college’s nursing programs, which are traditionally among the most competitive and popular degrees.

“Our work in the simulation laboratory, paired with knowledgeable and experienced faculty members, establishes a solid foundation to excel in our professional careers,” said senior nursing student Joshua Cartmill, a Sovie scholarship recipient. “I hope to one day step back through the doors of the Margaret D. Sovie School of Nursing and offer the same support and enthusiasm as Al and Margaret have given us.”

The ceremony concluded with a plaque unveiling by President Szafran and Deborah Polniak, a longtime friend of Alfred’s.

“Each time we see Margaret’s name, we are reminded of her strength, drive and intelligence,” said Vice President for Advancement Anne M. Sibley. “We are sincerely grateful to Al for his generosity, and to Debbie Polniak, who helped make all of this possible.”