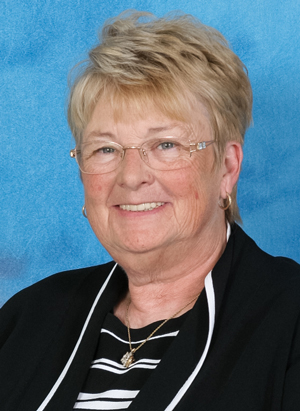 SUNY Canton mourns the loss of an ardent and outspoken college supporter.

“We’ve lost a loyal friend of the college,” said SUNY Canton President Zvi Szafran. “She gave her time freely in so many different ways and she will be missed dearly.”

O'Neil earned her bachelor’s and master’s degrees from SUNY Potsdam and taught at Lowville Central School, Hermon-DeKalb, SUNY Potsdam, SUNY Canton, and as a reading teacher at Parishville-Hopkinton. She was a longtime active member of New York State United Teachers (NYSUT) helping to ensure that local students would receive a quality education while advocating for teachers’ rights.

Mrs. O’Neil, 75, served in the state’s 112th Assembly District from 1993 until her retirement in 1998. She surprised many when she ran for, and secured, the Assembly seat held by her late husband John G.A. O’Neil.

O’Neil was an amateur painter and an active patron and supporter of North Country artists and tourism. She earned the title of “Woman of Distinction” from the New York State Senate in 1999 and was inducted into the SUNY Canton Hall of Fame in 2012.

More on Mrs. O’Neil and her noted community service can be found in area news media posts, including the Watertown Daily Times and WWNY TV 7 News websites.