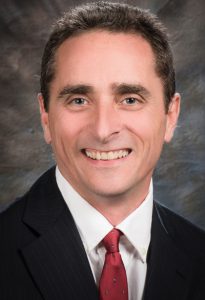 Bart Tuttle, Corning Canton plant manager, will speak at 4 p.m. Wednesday, Nov. 7, in Nevaldine Hall, Room 102 (North). The event is free and open to the public.

Tuttle is a native of Russell and a graduate of Arizona State University, where he earned a Bachelor of Science degree in Aeronautical Engineering.

He joined the Corning Canton Plant in 1997 as an equipment engineer and held numerous production and engineering supervisor positions. He was recognized as a senior engineering associate in 2010 and that same year, became the plant engineering manager. In 2015, he added plant operations manager to his resume, and in 2017, he was named plant manager.

The Excellence in Leadership Lecture Series connects working professionals who are experts in their fields with current SUNY Canton students. The events are funded by Corning Incorporated Foundation and presented by the Canton College Foundation and the SUNY Canton President’s Office.