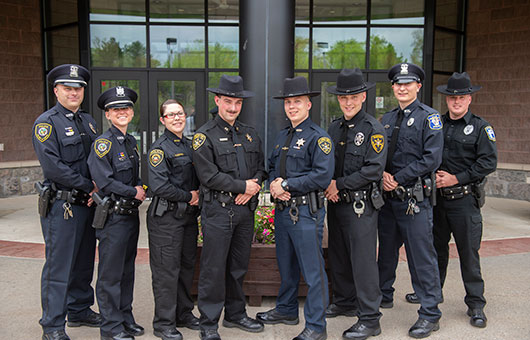 “From this day forward, you will be addressed as law enforcement officers,” said Nathan Senick-Albanese, who was the class president. “Only a small portion of what you do will be enforcing the law. You will help people change flat tires by the side of the road. You will be heroes by performing those seemingly small acts benefiting the communities you serve.” 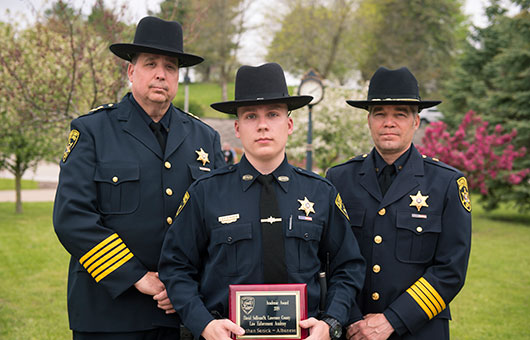 Senick-Albanese and his classmates thanked Academy Director Joseph Brown and the more than 70 law enforcement instructors who contributed to their experience. “The expert instruction provided by area agencies allowed us to grow into the professionals we are about to become,” he said.

At the graduation ceremony, cadets were sworn in as officers of their sponsoring agency.

Officers who graduated in the 2019 class include:

It is one of the few academies in New York State to offer comprehensive training specifically designed for North Country agencies. Students in law enforcement related programs can opt to take phase one of the training to meet their academic requirements.

SUNY Canton is also home to a summer corrections academy, which is currently in session.