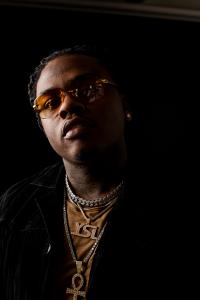 SUNY Canton students have selected a three-act rap and R&B lineup to perform for the college’s spring concert.

The concert will be headlined by Georgia-based rapper Gunna, along with performances by City Girls and North Country artist Eddie Cito. Doors open at 7 p.m. Sunday, April 28 at Roos House Convocation, Athletic and Recreation Center. Tickets cost $20 for SUNY Canton students, $40 for general admission advanced tickets with $50 tickets available at the door for cash only.

Tickets are currently available for purchase in person through the Student Activities Office in the SUNY Canton Richard W. Miller Campus Center. Tickets are also available online at https://www.canton.edu/tix/. For more information, call 315-386-7315 or email studentactivities@canton.edu 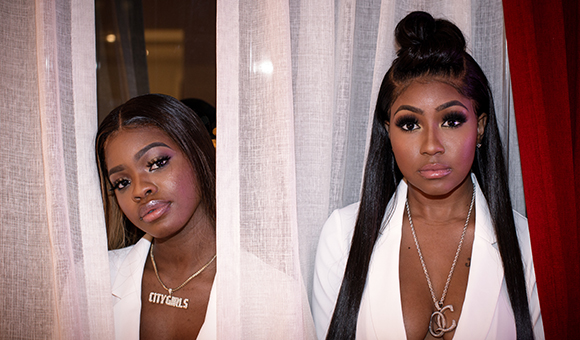 “The Student Government Association and College Activities Board reached out to students to create an impressive Hip-Hop lineup,” said Sidei S. Clouden, a Veterinary Services Administration student and College Activities Board president. “We are delighted that the college was able to bring in two of our favorite popular recording artists and were thrilled to connect with local favorite Eddie Cito.” 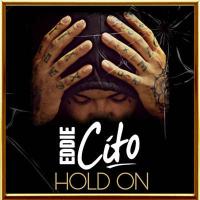 In addition to the impressive lineup of popular artists, the college will select one student to open for the acts. The winner of the Canton Idol talent show will be invited to perform ahead of the concert. Canton Idol will run March 29-30 at SUNY Canton. Both current and prospective students are invited to participate. Cito is scheduled to be a guest of honor during the talent show.

Gunna became interested in music as a hobby in his early teens and became serious about the possibility of a career in hip-hop around 2016, when he was introduced to Atlanta’s MC Young Thug. Before long Gunna was in the studio hopping on Young Thug's track "Floyd Mayweather," where he lent a verse alongside rap superstars Gucci Mane and Travis Scott. That feature was enough to jettison Gunna into relative fame, and he became affiliated with Young Thug's "YSL.” He previously toured with Playboi Carti and Travis Scott. Gunna earned himself the top debut project on the Billboard 200 with Drip or Drown 2, which came in third overall. Gunna has previously peaked second on the ranking with his previous project, Drip Harder, a collaboration with Lil Baby.

Miami female rap duo City Girls released their debut album Period via Quality Control Music / Motown Records / Capitol Records in May 2018. The groups artists, known as JT and Yung Miami, have been heralded as honorable descendants in the lineage of Miami's legendary music culture and are the latest in a long history of powerful women in the rap genre. They were featured in the documentary “Point Blank Period” following the City Girls as they break into an industry predominantly controlled by men. They have previously recorded tracks with, and have toured with Cardi B. They are currently touring with Lil Baby.

Eddie Alberto Colon Jurado, or Eddie Cito, is an American singer and songwriter originally from Fajardo, Puerto Rico. He joined the Army at age seventeen and eventually landed in Upstate New York. After his military service he remained in the Watertown area. Cito’s debut single “Hold On” has received extensive radio play and he previously opened for Chris Daughtry during the Disabled Persons Action Organization’s Summer Concert Series.