The detective who helped solve a 30-year-old child murder cold case by using a public genealogy database will be speaking at SUNY Canton as part of the college’s 9th annual Law Enforcement Day.

Brian Martin of the Fort Wayne, Ind. police department will speak at 9 a.m. Monday, March 25, in the college’s Richard W. Miller Campus Center’s Kingston Theater. His “Forensic Genealogy to Solve Cold Cases” presentation, and all other Law Enforcement Day presentations, are free and open to the public.

“Detective Martin will discuss the case facts and present on this new and invaluable tool for law enforcement,” said Professor Elizabeth A. Brown, Ph.D., who teaches in the Criminal Investigation program. “Using DNA and publicly available databases have shown new light on previously unsolvable crimes.”

In April 1988, 8-year-old April Tinsley was abducted and killed by an unknown assailant. The case frustrated investigators, with the supposed killer leaving taunting messages about the crime and threatening to commit unspeakable acts again. The suspect remained elusive until Martin arranged for genetic DNA testing for the case.

Police were then able to narrow down the suspects, which included John D. Miller, by comparing DNA samples found at the crime scenes and referencing them against publicly available genealogical databases. Miller confessed to the crime in July 2018, shortly after police apprehended him.

There will also be a presentation by Scott Aubin, a post-traumatic stress disorder awareness and suicide prevention instructor from the Plattsburgh area at 1 p.m. the same day. Aubin, accompanied by his Great Dane service dog, will be on hand to discuss the symptoms of unrecognized PTSD in law enforcement, first responders and veterans. He works for the New York State Division of Criminal Justice Services Trauma Resources and Unified Management Assistance program and has undergone traumatic experiences in his own life. Aubin was featured in an Emmy-nominated Mountain Lake PBS Documentary. 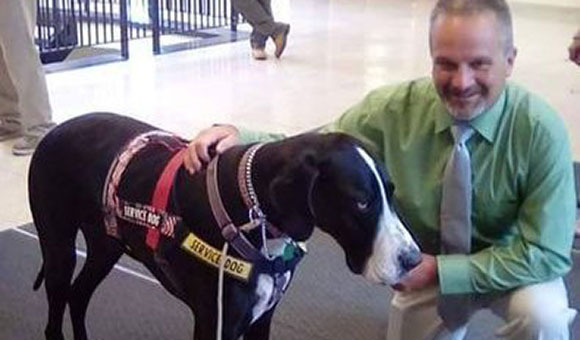 Law Enforcement Day is designed to give students an opportunity to meet with and hear from experts in the field. Criminal Justice, Criminal Investigation and related two- and four-year programs are among the most popular degrees offered at the college.