As part of a trial deployment, the department recently purchased two Watchguard Vista cameras capable of recording both audio and video. The eventual goal is to purchase six units, allowing each officer to employ the new technology, according to Alan P. Mulkin, Chief of University Police. 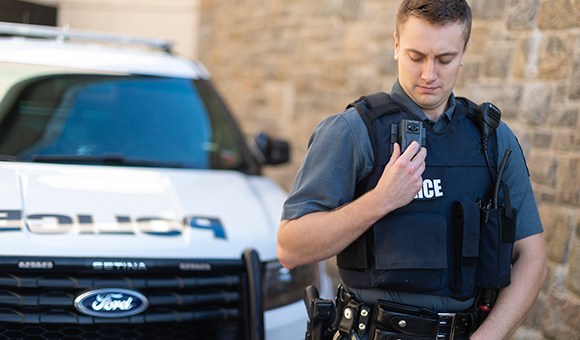 “We consulted with students and decided the time was right to implement body-worn cameras,” Mulkin said. “They will be an important tool for both our officers and the community we serve. This will help us create overall transparency and aid in community relations.”

Each officer will begin their shift by checking out one of the cameras and will use them to record contacts with the public while performing their official duties. At the end of their shifts, the cameras will be returned and securely downloaded to a central server.

Officers will complete a training program on the use and operation of the devices. SUNY Canton is home of the Center for Criminal Justice, Intelligence and Cybersecurity and the David Sullivan-St. Lawrence County Law Enforcement Academy. Mulkin said body cameras will also be used to train future cadets. 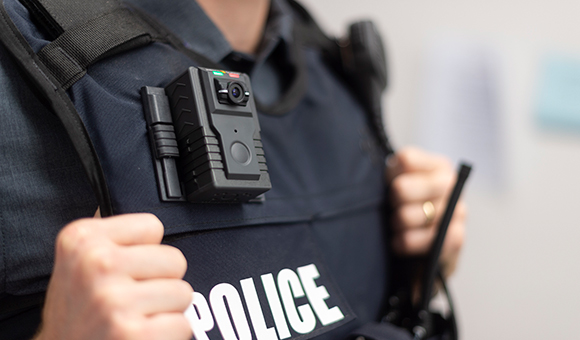 “This technology is increasingly becoming a standard piece of police equipment,” he said. “There are many benefits of body-worn cameras. Footage from the cameras is used in documenting police involvement, can provide corroborating evidence and lead to increased civility between citizens and police.”

Some students have already added their support for the new strategy.  Jasmine J. Dickson of Brooklyn, president of the college’s Black Student Union, met with University Police to discuss implementation.

“As a student leader, I see body cameras as a huge accomplishment for SUNY Canton,” Dickson said. “I believe they will increase respect, trust and safety for both students and police. I am extremely excited to see this growth within SUNY Canton.”