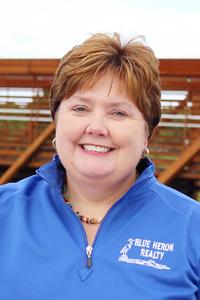 He appointed Jennifer Stevenson, class of 1988, the licensed real estate broker/owner of Blue Heron Realty in Ogdensburg, to the council for a four-year term. He also reappointed Marie C. Regan of Potsdam and Joseph L. Rich of Watertown.

“We are fortunate to welcome Jennifer as our newest member, and I and the entire council look forward to working with her,” said College Council Chair Ronald M. O’Neill. “I’m also delighted that Joe and Marie will continue their outstanding service to SUNY Canton.”

Stevenson is the president of the New York State Association of Realtors and served for more than six terms as president of the St. Lawrence County Board of Realtors. Active in her community, she is a former Ogdensburg City councilor and past director of the St. Lawrence Valley SPCA. Stevenson is also a board member of Habitat for Humanity of New York State and member of the National Association of Realtors’ State and Local Issues Policy Committee.

“I’ve been fortunate to visit the campus numerous times to see how SUNY Canton has grown and changed,” Stevenson said. “When I was approached to join the council, it seemed like the right thing to do to give back to the college that allowed me to have the career that I love.”

Returning council member Marie C. Regan is a former Potsdam Town supervisor who served as a SUNY Canton professor for more than 25 years until her retirement in 1996. For much of her tenure, she was the chair of the English and Humanities Department and also served as presiding officer of Faculty Governance. She is a recipient of the SUNY Canton College Council’s Distinguished Faculty Award and was promoted to the rank of Distinguished Service Professorship by SUNY in 1990. Regan served on the search committees for the SUNY Canton presidential appointments of Joseph L. Kennedy and Zvi Szafran.

Also returning is Joseph L. Rich, founder and former director of the Disabled Persons Action Organization in Watertown and the creator of the organization’s longstanding fundraising concert series. He worked in broadcast news for nearly 20 years as news director of WOTT Radio and then a news anchor at WWNYTV. Rich has received numerous awards, including SUNY Canton's College Council Distinguished Citizen Award in 2010 and the Greater Watertown-North Country Chamber of Commerce’s 2018 Israel A. Shapiro Citizenship Award. He is also a founder of the 1 World Foundation, a global initiative to support people with disabilities.