Every SUNY Canton Esports team made the playoffs during the Fall 2020 semester.

More than 80 students on nine teams competed this year in the Eastern College Athletic Conference (ECAC) and the newly formed SUNY Esports League. The teams’ collective overall performance put SUNY Canton in the upper echelon of the esports scene in the northeast region. 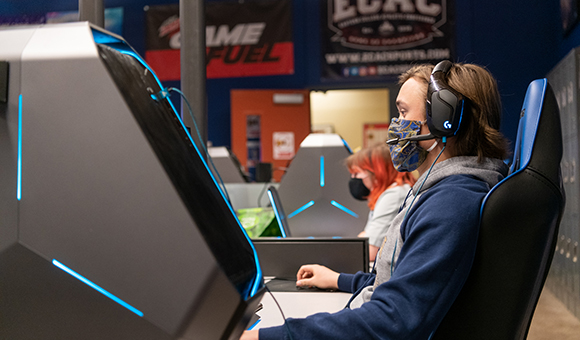 “We have solidly established ourselves as a serious competitor within the esports community in both SUNY and in the northeast,” said Charles W. Murray, SUNY Canton esports coordinator. “SUNY Esports has allowed us to expand our teams and create more chances for balanced competition.”

The college has always had a significant presence in “Overwatch.” The primary team came in second in the ECAC this semester following a hard-fought match against Rensselaer Polytechnic Institute. This is the third time SUNY Canton has competed for an Overwatch title, winning one in 2018. 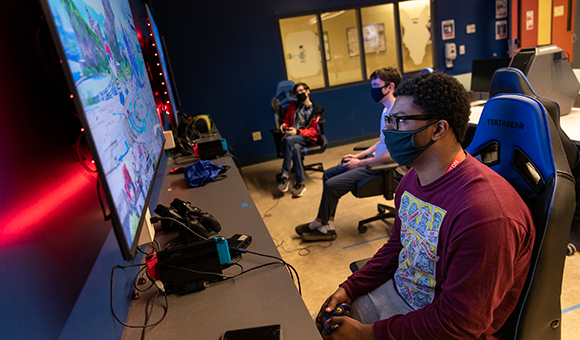 As SUNY’s leader in esports, SUNY Canton helped the State University of New York create the first system-wide esports league to create new opportunities for competitive play among the 64 public colleges and universities. During its inaugural season, the SUNY League attracted more than 1,000 participants playing on 342 teams from 45 SUNY schools. The SUNY League is coordinated by Murray, with gameplay orchestrated through LeagueSpot, a leading platform partner for esports programs. Extreme Networks is both SUNY Canton’s closest partner in esports and the official networking provider for the SUNY-wide esports program and its arenas. For more information about the SUNY League, contact Murray by email.