A virtual ceremony will recognize the college’s scholars and a much-admired retired faculty member.

A highly regarded SUNY Canton accounting faculty member will be honored at the college’s annual student academic awards ceremony, which will be held virtually for the first time.

“I’m pleased to announce that the 2020 Honors Convocation has been named for Professor Emeritus Daniel G. Fay,” said SUNY Canton Provost and Vice President for Academic Affairs Peggy A. De Cooke. “Dan dedicated more than 50 years to the college and is revered for his commitment to his academic duties. It is a proper acknowledgement to link his name with an event celebrating our top scholars.” 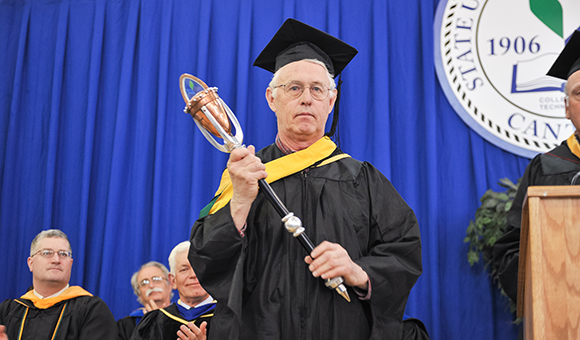 Fay began his career in 1968 alongside the grand opening of the college’s new campus at its current location. He has influenced generations of students and is heralded as one of the most memorable faculty members in the college’s history. He has served as a board member of the SUNY Canton College Foundation since 1990 and has helped created several student scholarships. Fay retired from his position at the college in 2018.

He has served as a Canton Town Councilman. He is currently a St. Lawrence County Legislator and an area business owner. 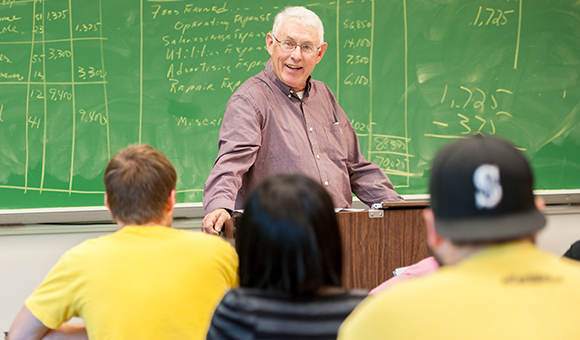 “Honors Convocation is really about recognizing scholarship and leadership,” Fay said. “Being a leader is not just being at the head of a group or organization - it’s about work ethic and character. I hope students establish a strong work ethic that transcends beyond their time in college.”

The former accounting professor also had numerous athletic accomplishments, including an intercollegiate wrestling career and a position on the U.S. Bobsled team during the 1971 Winter Games. He coached lacrosse at Canton's Hugh C. Williams High School for numerous years. His excellent record has led him to be inducted into Clarkson University's Hall of Fame and Massena Central High School's Hall of Fame. He was also inducted into the Hugh C. Williams High School Hall of Fame as an outstanding supporter of local athletics.

In 2011, Fay received the SUNY Chancellor’s Award for Excellence in Faculty Service. He was inducted into the SUNY Canton Hall of Fame in 2016.

He is married to SUNY Canton Distinguished Professor Emeritus Linda L. Fay, who was recognized in 2010 when the college named the Honors Convocation to recognize her accomplishments. Linda is a former Nursing faculty member and is also a college Hall of Fame member.