This event has been cancelled due to weather concerns. 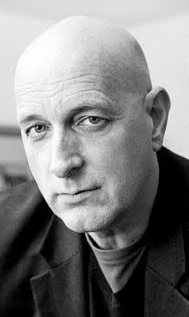 SUNY Canton will begin the spring installment of its popular Living Writers Series with a poet whose latest work was praised by George Saunders as “a moving portrait of the human heart examining itself.”

Author Christopher Kennedy will read from his fifth collection of poetry, “Clues From the Animal Kingdom,” at 6:30 p.m. Thursday, Feb. 27 in the Richard W. Miller Campus Center’s Woodcock Conference Suite (Room 213). The event is free and open to the public.

Kennedy’s Irish Catholic working-class upbringing in the Syracuse area influenced his work. According to the publisher, his poems “sift through the detritus of the past to uncover the memories, images and symbols that shape an individual’s consciousness.”

“Christopher’s new collection tackles the dark themes of grief and loss as the author wrestles with the death of his mother, but the work is also inspired by humor and beauty,” said Living Writers Series creator and SUNY Canton Associate Professor Phil K. LaMarche.

Although a few of the lines in his current book are decades old, Kennedy said most of the poems contained in “Clues From the Animal Kingdom” were written between 2007 and 2016.

“I tend to save old poems and scavenge from them when I’m stuck working on something newer,” he said in an interview with Poets & Writers magazine. “I trust that it’s all coming from the same source and can be reshaped to resolve whatever dilemma I’m facing.”

Kennedy previously visited the college in 2015 and read from his book, “Ennui Prophet.” He is the recipient of the prestigious Gardner Poetry Award for his poetry collection “Encouragement for a Man Falling to His Death” and has received fellowships from the National Endowment for the Arts and the New York Foundation for the Arts. He is a professor of English at Syracuse University where he directs the Creative Writing MFA program.

For more information about past or upcoming guests, visit the Living Writers Series webpage.