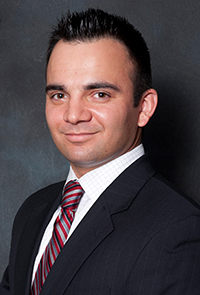 “These heroes who have put their lives on the line for this country deserve all the assistance we can provide to make it possible to pursue a higher education and transition to their next career,” said Chancellor Malatras. “Our new Veteran and Military Action Council include professionals who understand the unique needs of student active service members and veterans, some of them being veterans themselves serving our country. They will work collaboratively with colleges, elected officials, and state agencies to reduce the cost of tuition for veterans, count military service for college credit, and reduce barriers for veterans’ families. We want to make SUNY the most inclusive system of higher education for these heroes and their families.”

Massaro, a 15-year Marine Corps servicemember, recently returned to the college from a deployment to the Middle East. He is now heading up the SUNY Canton Career Ready Education and Success Training center following the retirement of Arthur S. Garno. The workforce development-driven center is responsible for offering the Solar Ready Vets program, among other continuing education opportunities.

Previously, Massaro served as the Director of Operations for the One Hop Shop Student Service Center. That position is now held by Interim Director Amanda L. Crump.

Massaro was originally hired as the college’s veterans and military services coordinator in 2012. He helped establish its well-documented reputation as a military friendly institution and top school for veterans. He also oversees the Raymond G. Modell Veterans Lounge. The space gives veterans and active duty servicemembers a dedicated home on campus.

Through his military background and education, Massaro is poised to help SUNY in their endeavors to increase access and improve the educational experience for all current and prospective military-connected students. He graduated from SUNY Canton in 2003 and SUNY Potsdam in 2005. He also earned his Master of Science degree in Sports Administration at Canisius College and is a graduate of the Marine Corps Command and Staff College.