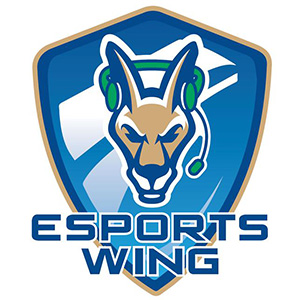 Following its enormous success in esports, SUNY Canton is constructing a dedicated residence hall wing exclusively for students who are interested in competitive video gaming.

Director of Residence Life John M. Kennedy said they have allocated 24 double-occupancy rooms in Heritage Hall to house 46 students and one resident assistant. The co-ed Esports Wing will be open to members of the college’s official esports teams and other enthusiasts. It will be available corresponding with the college’s fall in-person start date.

“We completely redesigned the living space to accommodate students who play competitive video games,” Kennedy said. “Among other upgrades, we’ve outfitted the rooms with brand-new loft beds and desks to allow for specialty gaming computers, large monitors and maximum comfort. We anticipate the wing will fill up immediately, and like the rest of our esports endeavors, we’ll look to add even more in the future. The challenge is to keep up with the demand.”

The wing will also feature a circular 10-station gaming desk in the common area for team-based play. All new ergonomic gaming chairs will be provided as seating options.

“As a technology school with a nationally recognized esports program, we are continually looking to provide the most high-end experiences for our varsity esports students,” said Assistant Vice President and Chief Technology Officer Kyle Brown. “The computers and technology in the Esports Wing will mirror that of our Esports Arena. It will include top of the line Alienware Area 51 computers with minimal lag time and optimal performance.”

Other renovations include upgraded electricity and other retrofits. The project was a team undertaking by Residence Life, the college’s Physical Plant, Information Technology, and the Athletic Department, which oversees the SUNY Canton Esports Program.

“What we’ve learned by being the first State University of New York college with a varsity esports program, and leaders in the SUNY Esports league, is that this is a highly competitive lifestyle that requires dedication and teamwork,” said SUNY Canton Director of Athletics Randy B. Sieminski. “This immersive environment and living option is similar to what you see in traditional Division I varsity athletics.”

The college first launched its Esports Program in 2018 with three teams and around 18 students. Following its success, the college invested $500,000 in a state-of-the-art arena for in-person team matches. In Spring 2021, the program fielded 13 teams with nearly 100 participants. Students compete in SUNY Esports and in the Eastern College Athletic Conference (ECAC). SUNY Canton has won championship titles in both conferences. Esports corresponds closely with several of SUNY Canton’s academic majors, including Game Design and Development, Esports Management, Graphic and Multimedia Design, and Technological Communications. 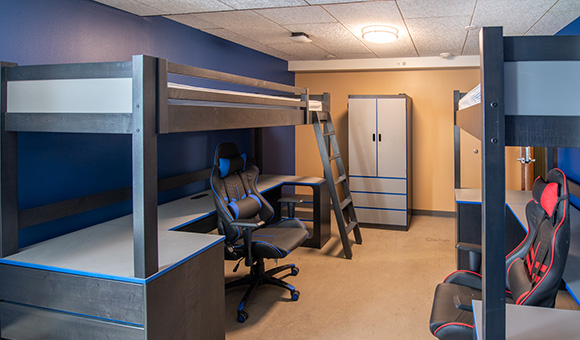 Among its numerous professional partners, the college is most closely connected with Extreme Networks, the company providing high-speed low-latency connections to give gamers a competitive edge. “Extreme Networks has been an extraordinary partner for us,” added Sieminski. “They’ve helped guide and promote our esports program in ways that have paved the way for our success.”

SUNY Canton has offered themed housing in its traditional residence halls for more than 20 years. The most popular option has been the Pet Wing, which allows more than 100 students to live on campus with their companions. The college is continually recognized as pet friendly.