SUNY Canton has received national media attention for being one of a select group of colleges that allow pets to live with students on campus.

The article appeared on “Inside Higher Ed,” a national news website with approximately 3 million monthly readers. It highlights the college’s Pet Wing, which began in 1997 and remains one of the most popular housing options. 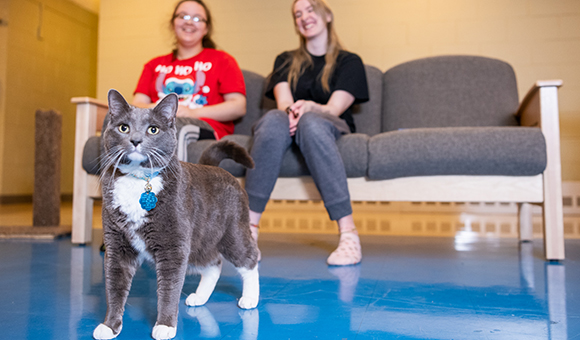 According to the report, many pet-friendly schools have seen an uptick in demand for animal accommodations in the wake of COVID, and pets have contributed to improving student mental health.

“At the height of the pandemic last year, I think a lot of students who were lonely on campus were taking some or all of their classes remotely, and there wasn’t much going on socially on campus,” said SUNY Canton Director of Residence Life John Kennedy in the article. “So I think it was really helpful to have a nonhuman roommate with them.” 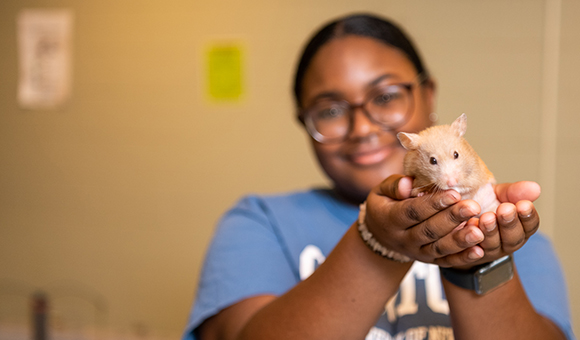 SUNY Canton students Viktoria Pierre, Taylor Cady and Austin Jones currently reside in the Pet Wing and  talked about how their companions contribute to their well-being.

Pierre, who has two betta fish and a hamster named Muffin, said her animal roommates bring her comfort.

“Sometimes when you’re here, you’re away from home and you feel kind of disconnected from people,” Pierre said in the article. “But when you have a little pet with you it just makes you feel like, ‘I’m not alone.’” 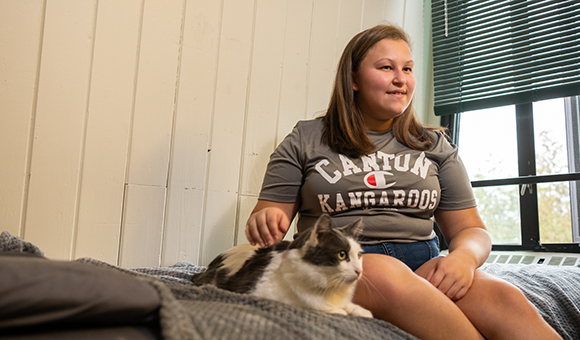 “Just being around him makes me very happy,” Cady said about Hemlock. “His mannerisms and everything that he does makes me happy and helps me feel better whenever I’m down.”

The college also allows emotional support or service animals on campus, but they are housed in other residence halls. Students are required to meet the appropriate training and licensing requirements to be approved.

The Pet Wing currently houses 104 students and 56 pets, which include cats, sugar gliders, hamsters, rabbits, ferrets, fish, rats and mice. The college has previously been recognized by numerous organizations, most recently by HelloBark.com, as being among the most pet-friendly schools in the nation.