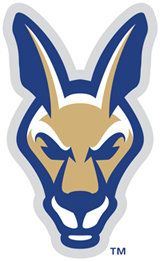 A Roo Express account can be used at any food service location, the Campus Store, or vending machines. Roo Express is currently accepted at the following off campus merchants:

*Locations are subject to change

ROO Express is accepted off-campus at:

* Locations are subject to change.

* Campus Cash is not accepted by off campus businesses.

Add money to your Roo Express Account at Manage My Roo Card, on the mobile app "GET Mobile" or by stopping by the College Association Student Support office in Miller Campus Center 115 between 8:30 am and 4:30 pm, Monday - Friday. Cash, checks, credit and debit cards are accepted. Roo Express funds may be added instantly by debit or credit card at get.cbord.com/sunycanton. Guests may make deposits to your account, too.

We encourage you to add additional amounts to your Roo Express account for your convenience, additional amounts will be transferred from semester to semester and are available for refund at the end of the academic year or upon your withdrawal from college. However, balances under $10.00 will not be refunded. Please contact David Akins at 315-386-7624 to request a refund.